Well, COVID’s been going on for some time now, and has put a hold on anything social, but it has given me time to work on some projects that I had otherwise been neglecting, (this blog being one of them.) I thought it’d be a good idea to give an intro and update for some of the things I’ve been working on recently. 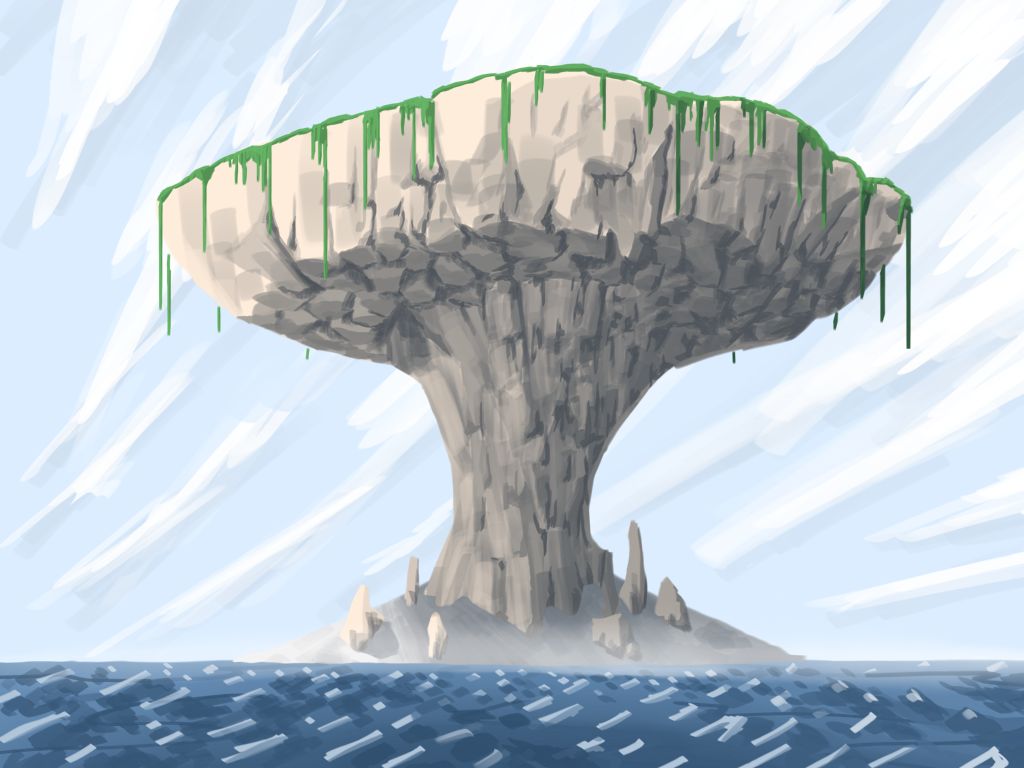 A little over a month ago, I bought a cintiq for digital painting, and I’ve been working on improving my skills. I was very much into art growing up, and thought that maybe I’d work in a creative industry where art was part of my work; but engineering hobbies and schoolwork, followed by an engineering career, have made it difficult for me to spend enough time painting to get as good at it as I would like. Over time, the majority of my artistic endeavors have been designing holiday and birthday cards. As sad as I am that I haven’t been able to apply my art skills in a more professional way, it’s somewhat liberating to be approaching it again from an amateur position. It quells the desire to throw almost every finished work away because it doesn’t measure up to my expectations. I may write more about this topic in another post, but for now, the island painting above is representative of where I currently am in my painting endeavors. I’m hoping I’ll be able to create some quality scenes and character drawings over time.

On the programming side, one of my favorite subjects for projects has been a financial tracking application. I had used Quicken for a while, but got sick of its slowness and agressive upselling in the app. I then switched to GNUCash, which is a brilliant piece of open source software for accounting, but has some UX quirks. Ultimately, I decided to write my own app, which I have been using, at least when it works. It originally started out as a C++ command-line app, but interfacing with a database became too tedious; then, attracted to the idea of targeting all platforms including Chrome OS, I started to build the entire app in JavaScript; then, after it became too unwieldy as a pure JavaScript app, I started over again, this time using Electron, with a Rust back-end, and a JavaScript front-end, and I’m still making progress on this iteration currently. I’ll share some screenshots, and talk more about the implementation eventually, but right now I’m just working on the basics of showing the user a list of their accounts and transactions. More to come, hopeully.